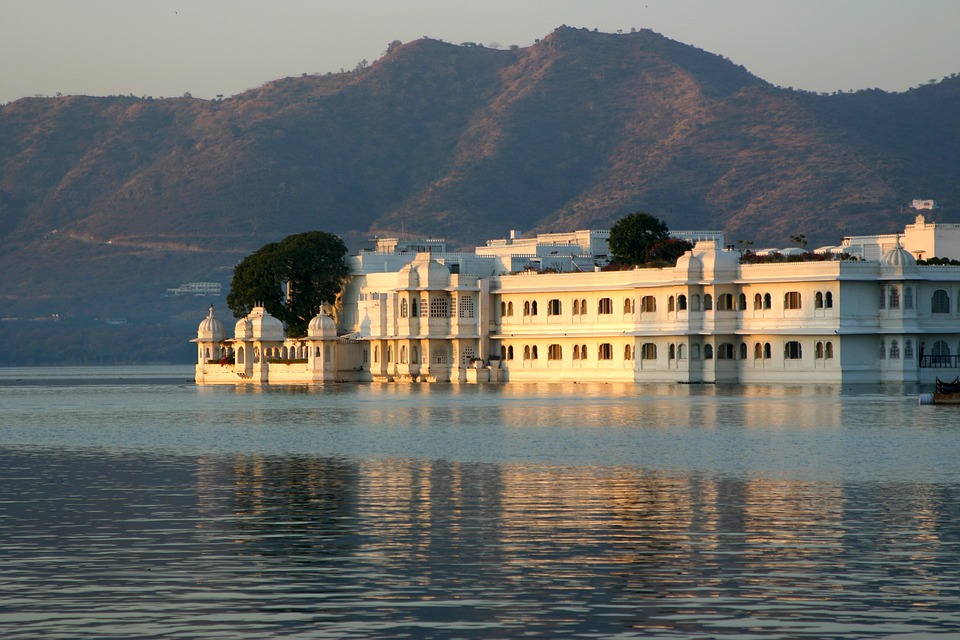 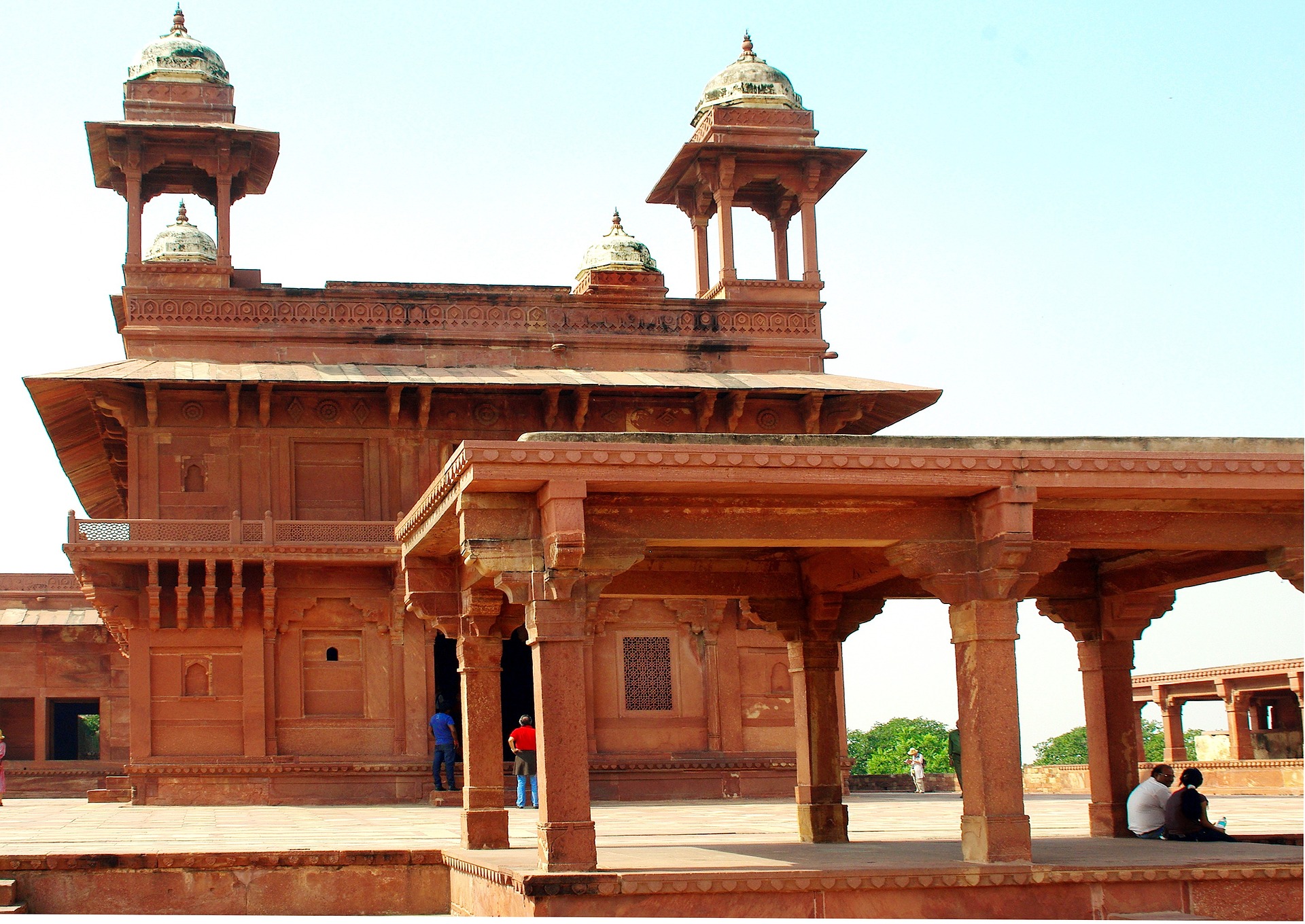 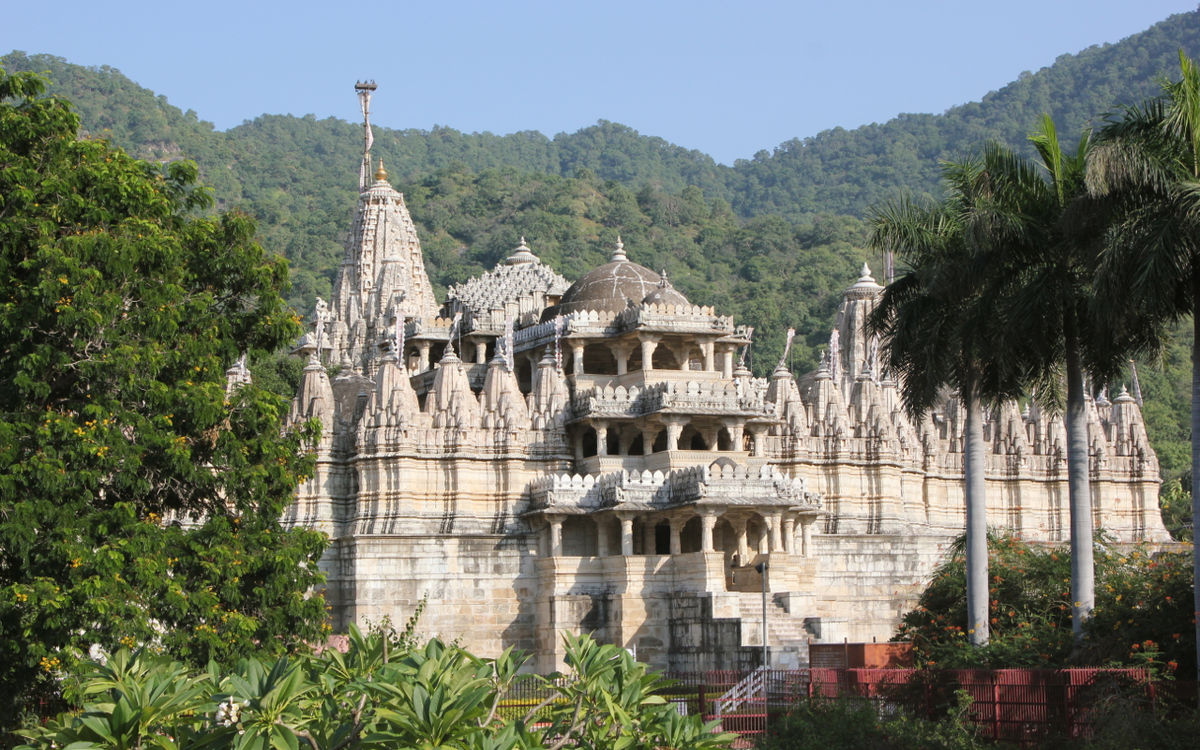 The diverse culture of India is one of the major crowd pullers for tourists from all across the world. There is no better tour besides India Golden Triangle with Udaipur tour to offer a complete insight into the royal past and cultural heritage of India. This is a well-planned itinerary of 8 days taking you to some of the most culturally-rich and popular destinations of India - Delhi, Jaipur, Agra and Udaipur. Every city of the tour has its own specialty. While Delhi is a cultural potpourri and has several varied delights, Agra showcases the Mughal grandeur at its best. Jaipur and Udaipur offer a sneak-peak into Rajputana royalty. The other highlights of the itinerary are Fatehpur Sikri and Ranakpur Jain temples. The tour is a mix of scenic attractions, sumptuous food, shopping sprees, and much more.

Note: This is just a suggested itinerary indicative of what could be possible. We tailor holidays for your specific needs. Contact us if you want modifications so that we could tailor a holiday to suit your need for an unforgettable India tour.

As you arrive at the Delhi Airport, meet our tour representative who helps you with an assisted transfer to the hotel. Complete the check-in formalities and relax for some time. This tour is going to be an unforgettable journey across some of the most culturally-rich cities of India. Wonderful structures, age-old traditions, bustling bazaars, sumptuous food are going to be some of the attractions of this itinerary. Each city is going to have its own charm. The rest of the day is at leisure.

Whole of day 2 is for exploring the national capital Delhi, an amalgam of old and modern culture of India. After savoring breakfast, get ready for the city tour of Delhi. Drive to Old Delhi area to explore the mighty Red Fort, also known as Lal Quila. Made of red sandstone, its foundation was laid down by Mughal Emperor Shah Jahan. Next is the visit to the biggest mosque of India, Jama Masjid. It was erected in the 16th century by Shah Jahan. This sandstone and white marble structure can hold around 25000 worshippers at a time.

Now continue the sightseeing and arrive at to the central part of the city for visiting Rajghat- the memorial and cremation site of Mahatma Gandhi. Continue towards the India Gate. It was built in the memory of 90,000 Indian and British soldiers who laid their lives in the Northwestern Frontier in the Afghan war of 1919. Lastly, visit the President's House or Rashtrapati Bhawan.

Now visit two World Heritage Sites in Delhi, Qutub Minar and Humayun's Tomb. While Qutub Minar is a wonderful specimen of Afghan Architecture, Humayun's Tomb was constructed in the 16th century by Humayun's widow, Queen Haji Begum. Last visit of the day is to the Lotus temple, also known as Bahá'í House of Worship.

Enjoy an overnight stay at the hotel.

In the morning, start your road journey to the 'Mughal City' of Agra. Located on the banks of River Yamuna, the city has several attractions, built by Mughal Emperors. Upon arrival, complete the check-in. Later, proceed for the city tour of Agra. First in line is the magical white marble beauty of the Taj Mahal, One of the 'Seven Wonders of the World', it is also a World Heritage Site. This is a memorial of Mumtaz Mahal, built by his loving husband Emperor Shah Jahan. Its walls adorn Islamic texts, encrusted with precious stone and semi-precious stones.

Now you move to the magnificent red sandstone beauty of the Agra Fort. Originally built by the Hindu Sikarwar Rajputs, it was conquered by Sikandar Lodi and finally it came under Mughals for centuries. Its walls houses several structures such as Moti Masjid, Diwan-I-Khas, Diwan-I-Aam, Khas Mahal, Sheesh Mahal and so on. The last visit of the day is to Itmad-ud-daulha Tomb, also known as Baby Taj.

Return to the hotel for an overnight stay.

This morning, you start your journey for the 'Pink City of Rajasthan', Jaipur. On the way, halt for exploring the UNESCO World Heritage Site of Fatehpur Sikri. Founded by Mughal Emperor Akbar in 1569, it was his capital from 1571 to 1585. It was later abandoned due to extreme shortage of water. Buland Darwaza, Jama Masjid, Tomb of Salim Chishti, Panch Mahal, Hiran Minar are some of the structures here. Later on, continue towards Jaipur. On reaching, check into the hotel. The rest of the day is free. You can visit the bustling local bazaars of Jaipur to get your hands on some wonderful handicrafts, jewelry, traditional clothes and much more.

Enjoy an overnight stay at the hotel.

This day is scheduled for sightseeing in Jaipur. Star your day by visiting the splendid Amer Fort. This hilltop fort is around 11 km from the city. Ganesh Pol, Sila Devi temple, Diwan-i-Aam, Sheesh Mahal, and Baradari pavilion are some of the popular attractions here. In the morning, elephant ride is offered to the entry gate. Jeep ride is another option. Now continue to Jaigarh fort, just a few kilometers away from Amer. From the top savor wonderful views of the city. This site is quite popular amid photographers. The fort was constructed to protect the city from any kind of an external attack.

Now, head to the wonderful Jal Mahal, lying amid the Man Sagar Lake. Enjoy a boat ride around this beautiful architectural marvel. Next in line is the visit to the glorious Hawa Mahal, the trademark of Jaipur. This pink sandstone palace, built in 1799 by Maharaja Sawai Pratap Singh., has 953 jharokhas (windows) so that the royal ladies in old times could see the bustling streets. Continue the city tour and move to the celebrated City Palace complex. Chand Mahal here is still the residence of the royal family. Observe the old royal wagons and vehicles of royal and colonial times. If time and energy permits, you can explore the local bazaars.

An overnight stay is planned at the hotel in Pushkar.

On day 6, after breakfast, hit the road to the Lake City of Udaipur, known to be one of the most romantic cities in India. Check-in formalities at the hotel are followed exploration of the 'Jewel of Mewar'. The Aravallis form the beautiful backdrop of the city. It has 3 interconnected lakes- Lake Pichola, Lake Swaroop Sagar and Lake Fateh Sagar

Return to the hotel for an overnight stay.

TAfter breakfast, embark on a half day excursion to Ranakpur, around 2 hours away by road. The town, named after Rana Kumbha, is known for housing impressive Jain temples, which have stunning carvings in marble stone. Along with its beauty, Ranakpur is also known to be one of 5 most important holy sites of Jainism. The main temple here is Chaumukha temple, which is dedicated to Adinath, the first tirthankar. These temples were built way back in 1439.

Return to Udaipur for enjoying a city tour, starting with the City Palace, which is the largest Palace complex in Rajasthan. Its construction started in the 16th century and additions continued till 400 years. Later, you head to Bharatiya Lok Kala Museum or Udaipur Folk Museum. This well-stocked museum has several royal displays and other artifacts. Thereafter, visit Maharana Pratap Memorial, an important historical site of the city. Observe the huge bronze statue of Maharana Pratap riding his faithful horse. This memorial overlooks the Fateh Sagar Lake.

After breakfast, get an assisted transfer Udaipur Airport to catch a flight for your onward destination.

Prices will be included with following services:-

Following services will not include in the prices:-

Prices will be included with following services:-

Following services will not include in the prices:-